Black Panther: we need to liberate culture from politics

No film can withstand this many hot takes. 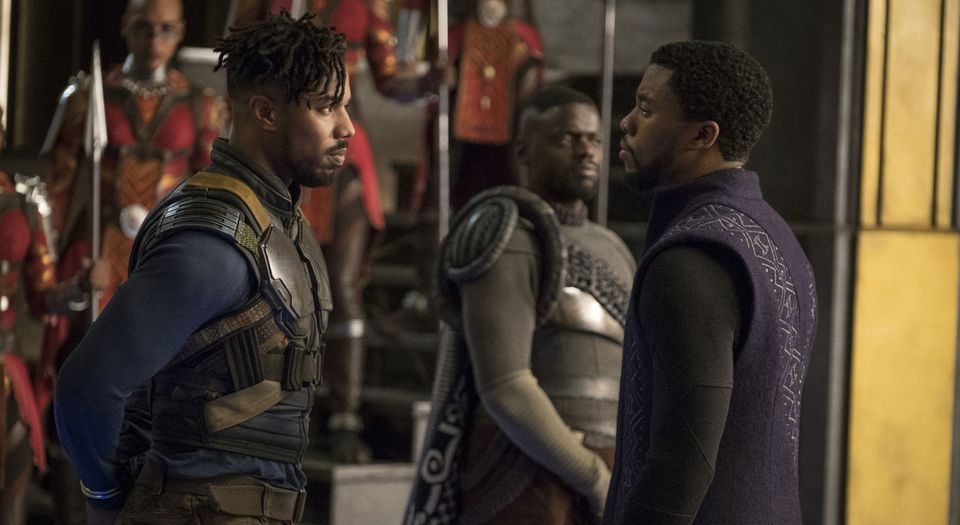 ‘Wakanda is ours now. We do with it as we please.’ That’s not a line from Black Panther, Ryan Coogler’s fab new Marvel flick – perhaps uttered by the film’s villain, Killmonger (Michael B Jordan), the Malcolm X-esque exile from the fictional Afrofuturist nation of Wakanda, who seeks to retake it from its more pragmatic king, T’Challa (Chadwick Boseman). It’s from the New York Times, America’s newspaper of record, in an article in which the author, rhapsodising about the comic-book adaptation, completely blurs the line between fiction and reality.

He’s not the only one. The discussion of Black Panther has been ecstatic to the point of being a bit odd. In a post on Instagram, Lupita Nyong’o, who plays the film’s badass Wakandan spy and on-off love of our clawed hero, praises Chadwick Boseman as if he were actually the noble king he portrays. ‘You led us into the land of Wakanda without ego, without pretense, without fear’, she wrote. The film has been held up as revolutionary, in its unabashed blackness, and its portrayal of an African nation with technology that far outstrips that of any other, built on the alien metal Vibranium, hidden by forcefield from potential colonisers.

So quickly have the thinkpieces flown, so much has this film been discussed, pored over and politicised, that it’s even caused a schism among the identity-politics set. While most have been celebrating its cast of powerful black African characters – albeit mainly played by Brits and Americans – others have taken issue with its monarchical politics, its lack of LGBT characters, and the fact that the more radical Killmonger, who seeks to use Vibranium to liberate black people the world over, remains the villain of the piece. A writer in Esquire felt disappointed that the film didn’t stake out ‘bolder political stands’ regarding ‘American imperialism’, ‘queer black sexuality’ and ‘patriarchal dynasty’.

When you spy a headline in the Guardian asking ‘Is Black Panther flying the flag for Welsh independence?’, you know we’ve hit peak hot take. Which is a shame, because the flick being battled over is great fun. It’s one of the better Marvel films, and while some anti-identitarian commentators might bristle, this does have something to do with its ‘blackness’. Ryan Coogler has provided Afrofuturism – up until now more associated with musicians like space-age jazzman Sun Ra than Hollywood – the big budget it needs to pop on the big screen. Meanwhile, he draws on themes of black nationalism and Afrocentrism to give a different spin on the well-worn hero-v-anti-hero arc.

Do the film’s politics make sense? Nope. Not least because the much-celebrated fictional nation of Wakanda is the sort of monocultural hermit kingdom that only the most extreme segregationist could crave. And the film’s end tries to split the difference between Killmonger’s brutal liberationationism and T’Challa’s more peaceful approach in a way that’s wholly unsatisfactory. It also errs too much on the side of the naff. (The armoured rhinos were a bridge too far for me.) But expecting Hollywood blockbusters to deal proficiently in both big political ideas and cultural themes, and precisely reflect your own views on those political and cultural themes, is ludicrous. This is not what the multiplex is for.

The amount of ink spilled over Black Panther sums up everything that is wrong with the politics of representation, the idea that to see oneself reflected in culture is in itself revolutionary. It implies that black people’s self-esteem is dependent on Hollywood casting decisions, and white people will switch off if there is too much diversity (something the huge success of this film debunks). It’s bad for culture, because it provokes deadening discussion of even pop-culture fluff. And, more crucially, it infantilises politics. Superhero films are, let’s not forget, mainly for kids. That some political commentators seem to be discussing Wakanda as if it’s a real nation shows how ethereal, how obsessed with surface issues, how trivial, in fact, so much of supposedly radical politics now is.